Fast Track to Space Data for the private space sector, academia and science community in Europe 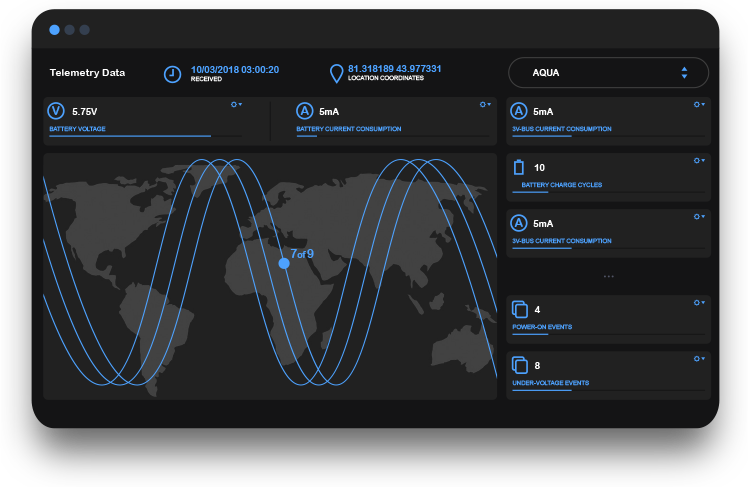 Space Data Gateway service will provide the space sector, academia and science community with on-demand space data directly through a standard cloud service. The main objective of SDG is to increase the data volume per mission at a fraction of the cost and enable space clients to switch completely from traditional Ground segment solutions to in-space on-demand connectivity.

A new generation of inter-satellite communication will increase significantly the total data volume per mission. Each satellite is envisioned as a single node of an ever-growing network, capable of communicating with other nodes over set frequencies and data rates. This highly scalable setup allows for flexible telemetry and telecommands (TT&C) as well as high-throughput payload data relay.

The envisioned inter-satellite communication will enable up to 10x times more data per mission once there are enough NanoSats equipped with it in orbit. Unlike alternative solutions which require precise formation flying, the SDG network adapts in real-time to the orbital evolution of all nodes. Each node is continuously updated from a unified ground control and each new NanoSat brings additional capability to the entire network.

Space Data Gateway is envisioned as a web-based service to offer on-demand space data to commercial and academic clients. Scale your data plan and augment your in-space control with a single click. Your ground station is in your pocket!

The Space Data Gateway service will offer pay-as-you go pricing. We believe that you shouldn’t pay for bandwidth you are not using! Scale from low speed on-demand commands to scheduled high throughput payload downlink and pay only based on the result!

A 3-layer security and our custom protocol ensures reliable and secure access to your space payload. The data is directly uploaded & secured in AWS-based service with the highest level of reliability.

Apart from the web-based interface, advanced users can write interactive scripts to automatically access data and uplink commands. These can be triggered in real time during downlink through rest-API and web socket extensions of the service, allowing for real-time satellite control.

The project is funded by H2020 Fast Track to Innovation Programme.